Each time a person stands up for an ideal… 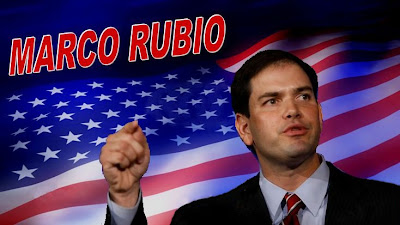 One of the reasons this site was created was to make The National Republican Senatorial Committee, which seems to be in the business of selling out the GOP, see the light and failing that, to make them feel the heat of conservatives who are incensed over its betrayal of the legacy left by its greatest mentor, Ronald Reagan.
Much has been written about the “demise” of the GOP in light of its recent losses to the liberal left. Many say the GOP is dead or dying. Perhaps the party is dying. History will write its obituary if that is true, but conservatism is alive and well in this country.
Francis Marion, a Revolutionary War commander known as the “Swamp Fox”, is said to have asked, “Why should I trade one tyrant three thousand miles away for three thousand tyrants one mile away? An elected legislature can trample a man's rights as easily as a king can.”
Robert Stacy McCain and Erik Erickson are asking like-minded conservatives to join the fight against The National Republican Senatorial Committee because of its insistence on blindly supporting those candidates it deems “electable” without any thought to what Republican voters want. By betraying its mission, the NRSC becomes the enemy of liberty.
I do not reside in the state of Florida, but many of my fellow countrymen do. As you have surmised by now, this blog was birthed by the outrage over the Republican Party of Florida working to shut out Marco Rubio from any party support. It's based on "Rule 11" of the GOP, which would allow the national party to focus its resources on a single candidate -- in this case Charlie Crist -- and shut out Marco Rubio.
Pinellas State Committeeman Tony DiMatteo said, "To try to impose Rule 11 on a former Speaker of the House of Representatives—a Hispanic American, at a time when we're trying to reach out to Hispanics and African-Americans and diversify—is beyond outrageous.”
The Republican National Committee has picked up the habit of backing losers and forcing the rest of us to fund those choices. It’s time to put the brakes on.
Florida’s Republican Senate primary has become a contest between the Party’s base and its national leadership. Since the start of the Obama administration, the national party has attempted to capture the energy of the base by endorsing anti-spending Tea Parties, opposing the Democratic agenda, and blaming the losses of 2006 and 2008 on a move away from fiscal conservatism. At the same time, it has courted more moderate candidates like Florida’s Crist, California’s former Hewlett-Packard CEO Carly Fiorina, and former Gov. Tom Ridge (R-PA). Until he became a Democrat earlier this month, the National Republican Senatorial Committee had supported Sen. Arlen Specter (D-PA) over conservative foot soldier Pat Toomey in Pennsylvania’s Senate race. This disconnect between message and recruitment has angered conservative activitists and is setting up heated primaries that the party would have preferred to avoid.

"Each time a person stands up for an ideal, or acts to improve the lot of others, or strikes out against injustice, he sends forth a tiny ripple of hope, and crossing each other from a million different centers of energy and daring, these ripples build a current that can sweep down the mightiest walls of oppression and resistance."
--Robert Kennedy

Please watch the video here of Marco Rubio's farewell speech to the Florida House of Representatives:
Posted by No Sheeples Here! at 9:42 PM