Speaking of Returning to Grassroots Conservatism... 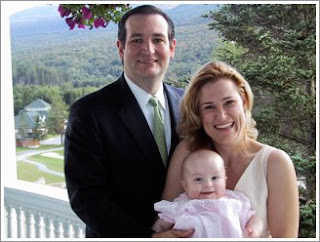 One of the issues that Not One Red Cent raises is a return to grassroots conservatism. We believe it's important to distinguish our party from the Democrats and return to those core values that we believe are important; some would even contend that it was straying from those values in the first place that led us to the losses we sustained in recent past elections. As Marco Rubio told Sean Hannity this week, if the Republicans can't be distinguished from the Democrats then what need is there of us?

To that end, I've been keeping an eye on the 2010 Texas Attorney General race. Since Senator Cornyn, and the NRSC, was so quick to endorse Crist in an attempt to hold Republican Senate seats, I'm curious to see whether Cornyn will have a position on the AG race in his own state. Granted, it's just an Attorney General race, but a race like this one is where we spot and lift up our up and coming Republican stars. Ted Cruz seems to be one of those stars.

Jay Nordlinger, Senior Editor of National Review, wrote an introduction to Cruz on May 12. Nordlinger knows Cruz personally and is familiar with his compelling story. Nordlinger is almost giddy over the possibilities of Ted Cruz.

Talk about your "compelling life story," Cruz has it. (Maybe we can nominate HIM to the Supreme Court.) In short, his father is a Cuban immigrant who fought alongside Castro as a teenager. He was captured by Batista forces, imprisoned, tortured and was finally released due to efforts of his father (Ted's grandfather). They came to America.

Ted came along, went to high school, discovered the Free Enterprise Institute, became a great debator and learned a great deal about politics and public speaking. From Nordlinger's article, Cruz says, “The two things that had the greatest impact on me were, number one, my dad, and then this experience” — the Free Enterprise Institute. Of his father, he says, “He drilled into me the value and importance of freedom. He used to say to me all the time when I was a kid, ‘Look, when we were facing oppression in Cuba, we had a place to flee to. If we lose our liberty here in the United States, where do we go?’ So, when I was a kid, there was an urgency to politics.”

Ted went on to Princeton and to Harvard Law School. He distinguished himself and was an editor of the Law Review. He clerked for Judge Mike Luttig on the Fourth Circuit and then Rehnquist. Cruz later served in the Justice Department during the Bush 43 years and the Federal Trade Commission. Nordlinger points out that during his time as solicitor general in Texas, Cruz wrote over 70 U.S. Supreme Court briefs and presented eight oral arguments in that court.

And now he is running for Attorney General in Texas. One issue that has come up this week with regard to the Sotomayor nomination has been that Republicans ought not to fight this nomination because she's Hispanic and Republicans need to court the Hispanic vote. I personally think that race and ethnicity have no place in discussions of qualifications, but the fact remains that some think that it's going to be seen as racist if Republicans oppose her. The issue has also been raised in the Crist/Rubio race - that is, if Republicans need Hispanic favor so much, why would Cornyn endorse Crist over Rubio, a true conservative who happens to be Hispanic.

And so here comes Ted Cruz. There's the whole issue, which Nordlinger addresses in his article, about whether Cuban Americans are considered Hispanic. But if Republicans want to be seen letting Hispanics into the Big Tent, then take a look at the compelling stories of Cruz and of Rubio. But more importantly, take a look at their politics.

Though Cruz has not yet held elected office, we know his position on important issues. With regard to gun rights, Nordlinger points out that Cruz has "successfully defended for 31 States the Second Amendment right to keep and bear arms, winning in a 5-4 landmark decision before the U.S. Supreme Court" (Nordlinger quotes from the Cruz website).

On border security, Cruz "authored a U.S. Supreme Court amicus brief on behalf of 10 States in Lopez v. Gonzales, urging the strictest enforcement of laws punishing those with prior felony convictions who entered the country illegally." There is more on the Cruz website regarding his stance on abortion, property rights, tort reform, etc.

If a "compelling life story" is the issue by which we are now judging qualifications, Cruz has that one covered, as does Rubio. If ethnicity is now our guide, they both have that one as well. So does Bobby Jindal, (R-La.) for that matter, who the RNC pushed out front a bit too early. But if conservative values and political positions are the guides by which we choose to judge our candidates and our future stars, take a look at both Rubio and Cruz.

(Cross-posted at And So it Goes in Shreveport)