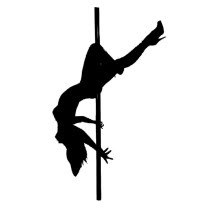 Work long enough in the modern job market, and sooner or later you're likely to wind up working for a company that fails. But I've encountered multiple companies that followed a business model whose appeal I have to admit escapes me.

My first such experience was a company that had decided to branch out from running a cell phone franchise to publishing comics and making low-budget films. But they had an original vision of how to do business: they offered a bit less in product than their competitors and charged a bit more for them.

Their idea was, there were people who simply had to have what they were selling but who would not do the legwork to find the best merchandise available at the best price, and that there were enough of these lazy customers careless with their money to make a living off.

Their last project, these respectable married businessman, was to try to save their venture by making a movie about strippers, because strippers were popular and would appeal to people.

Turned out they were mistaken. There were already a ton of stripper movies on the market, many of them in focus. The demand for what they were offering was long since sated. They never realized it, because they based their ideas of what would be hot on what had already been hot. They started behind the curve and only lost ground from there. And they would not listen to people who tried to tell them differently.

With Charlie Crist, Michael Steele and the RNC are offering us their stripper movie. Look! Crist has name recognition! People like Charlie! If we run him, people will like us too!

Except that Charlie with his pro-stimulus campaigning, cost us more, and the public is already rejecting the big-spending governments they've got. Putting a bag over his head and telling him to shake his tired tassels one more time will not make Charlie Crist or other old-news politicians like him the next big thing.
Posted by richard mcenroe at 3:14 PM