"Hysterical Douchebaggery is the Highest form of Patriotism"

Alan Grayson (D is for Dumbass, FL), has made a big splash recently, claiming that the Republican alternative to the Democrats' health scare plans is for people to "die quickly". He has also had the immortal rind to refer to our current health care system as a "holocaust." What else do you need to know about him? The lockstep leftists at Crooks and Liars (not just a blog name, but an admission) are big fans, as are the Democrat fundraisers at Act Blue.

This clown is a Democrat who won election in a Republican district in Florida during the 2008 election, and is thus highly vulnerable. He needs to go. He can always find a job somewhere as a game-show host or time-share salesman. 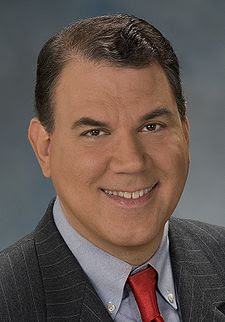 Cross-posted at Paco Enterprises
Posted by Paco at 11:34 AM