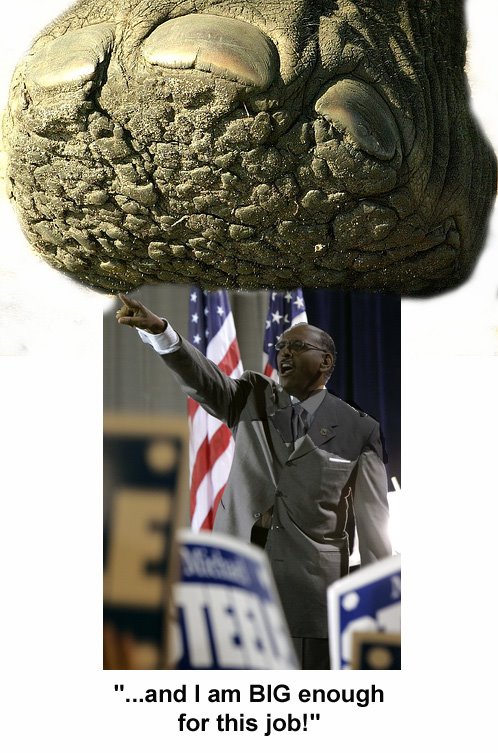 "I've walked into the room and some white Republicans have been scared of me."
...and Erkel mugged Bernard Goetz.
FUN FACTS ABOUT MICHAEL STEELE:
When Chuck Norris heard Michael Steele was a big fan, his dick shrank a full quarter of an inch out of sheer embarrassment.
When Sarah Palin sings karaoke, Michael Steele hits the high notes for her.
When a two-bit rapper told Michael Steele the GOP was a racist party, he forgot to mention that whole "freeing the slaves/breaking the Voting Rights Act filibuster' thing... oh, wait, that's not made up...
When Michael Steele heard about Dick Cheney's "Night of the Cougar-man" hooker rampage, he went out and bought an anime cat-girl costume.
When his Democratic senate race opponent's campaign dressed him up as a minstrel, he just took it rather than marching an angry mob on their office... oh, wait, that's not made up either.
Got any more fun facts about Michael Steele? Post them here!
UPDATE: When the Boy Scouts heard Michael Steele wanted to address this year's Jamboree, they hired back three gay scoutmasters to protect them...
Posted by richard mcenroe at 7:51 PM