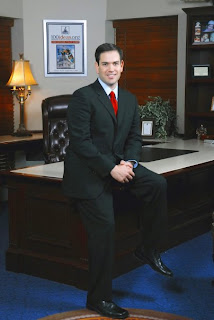 Marco Rubio is movin' on up!

“Marco Rubio is the real deal, one of the brightest young stars in American politics today, and a proven champion of economic liberty. He is a dynamic spokesman for the principles of limited government and economic freedom, and he will make a fantastic senator.”

Their full statement is here. This isn't really a surprise, but it's good news nonetheless.

Another recent endorsement was from the Family Research Council Action PAC, saying “Marco Rubio has been a true friend of the family and the culture of life as a state legislator in Florida. Senators who will fight to defend the family against the radical leadership in the Senate are crucial to the future of our country." The rest of their statement is here.

The Club for Growth endorsement is huge in that it will help funnel some needed cash into the Rubio campaign. Crist has out raised Rubio so far, primarily based on name recognition, but that is starting to change.

Rubio picked up yet another straw poll this week, this one in Okaloosa, beating Crist 86 to 4.

Now that Charlie Crist is trying to claim he never endorsed the Stimulus, it's more obvious than ever who the candidate with integrity is. Florida sees it, too. As of October 21, Crist still held a 49% - 34% lead over Rubio but that's closing fast.

(Cross posted at And So it Goes in Shreveport)
Posted by Pat Austin Becker at 5:45 PM